← back to
Whirlwind Recordings
Get fresh music recommendations delivered to your inbox every Friday.
We've updated our Terms of Use. You can review the changes here.

'Can Of Worms' - Album Trailer 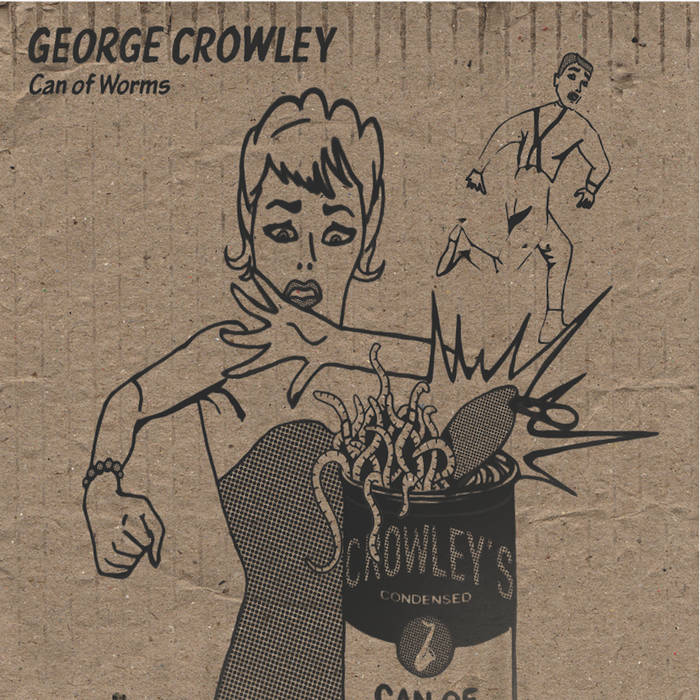 "Glorious, fiery, deep... Like throwing a hymn book into a pizza oven."
Cellars and Lofts

Can of Worms explores that happy and unpredictable space where written and improvised worlds collide, diving deep into group improvisations and compositions featuring taut, tense grooves, wailing sax-confessionals and all-out glorious free-jazz. Formed on a whim for a pick-up gig in early 2013, the strong sense of fun, interaction and joyous anarchy quickly convinced saxophonist and composer George Crowley that this was a project which had to happen properly. Some 18 months later the band have recorded their first full-length record of Crowley's original tunes and his second release for Whirlwind Recordings.

The album features a razor-sharp, interactive line-up of some of the most distinctive musicians on the burgeoning London scene. Crowley is joined by a fellow tenor saxophonist and close musical ally in the Loop Collective's Tom Challenger (Brass Mask, Dice Factory), while the rhythm duties are performed by Dan Nicholls (Strobes, Vula Viel), Sam Lasserson (Jeff Williams, Julian Argüelles) and Jon Scott (Kairos Quartet, Mulatu Asktake) with an alluring combination of precision and flexibility, order and chaos.

The resulting music is uncompromising yet warm and playful. Following hot on the heels of Crowley’s quartet debut, Paper Universe (Whirlwind 2012), Can of Worms features seven colorful new originals which gives this impressive band— and its leader— ample room to shine. Crowley’s floating introduction cues up ‘The Opener’, leading to a coruscating group theme which gives way to the first of many purposeful and inventive solos from Dan Nicholls. Elsewhere ‘Ubiquitous Up Tune in 3’ explores more familiar melodic territory with passion and intensity; 'Rum Paunch’ sees the group taking a delicate, fractured blues-like theme into searing improv while ‘Terminal’ has a glorious anthemic quality with searing solos from both tenor players and some hard grooving wurlitzer from Nicholls, underpinned by buoyant support from Lasserson and Scott. All of this takes the listener on a journey where unexpected delights litter the way.

If Crowley’s debut Paper Universe signaled his arrival as a performer and composer, Can of Worms represents a development, a shift in gears which is arresting and entertaining in equal measure.

"Here is a young musician who is pushing his own musical boundaries and relishing the opportunity of doing so... One of the most impressive things about “Can of Worms” is how it avoids the clichés of the two tenor line up."
★★★★ The Jazz Mann

"Varied and artistically exciting territory. It all bodes well for the future, with Crowley's development as a player and writer promising much."
★★★★ All About Jazz

"Can of Worms looks towards a freer approach towards form and tonality... It's really impressive stuff from start to finish."
★★★★ Jazzwise Magazine

"Overflowing with writhing, jostling spontaneity, but with sufficient compositional structure to keep a lid on things... A veritable powerhouse of creativity."
AP Reviews

"A twin tenor album this might be but don’t expect those hard bop or swing contests, such as we’ve known from the classic encounters. Crowley has found a whole new context for this line-up and while there are some moments when the two saxophones are intertwining their lines in compelling fashion there is a lot more five-way interaction."
The Jazz Breakfast

"The conversation between the horn men is fertile and free of platitudes, energetic and intellectual but, and most importantly, accessible to everyone with an ear tuned to simulating, discursive interplay."
Jazz Views

"It’s rugged, clever, crisply played contemporary jazz, from a fine young composer/player who knows where the music has been and where he’s headed with it."
The Guardian

"There’s a clear sense of adventurous interplay within the group, the two tenors aiding and abetting each other, jostling and cajoling, bouncing ideas, taking risks, all egged on by the all-hearing Nicholls."
Marlbank

"Crowley’s strongly melodic themes provide the jumping off point for vigorous group interaction and the balance between the written and the improvised and between the accessible and the abstract is excellent throughout."
★★★★ The Jazz Mann

The Whirlwind Artist Page for saxophonist and composer George Crowley.

Bandcamp Daily  your guide to the world of Bandcamp